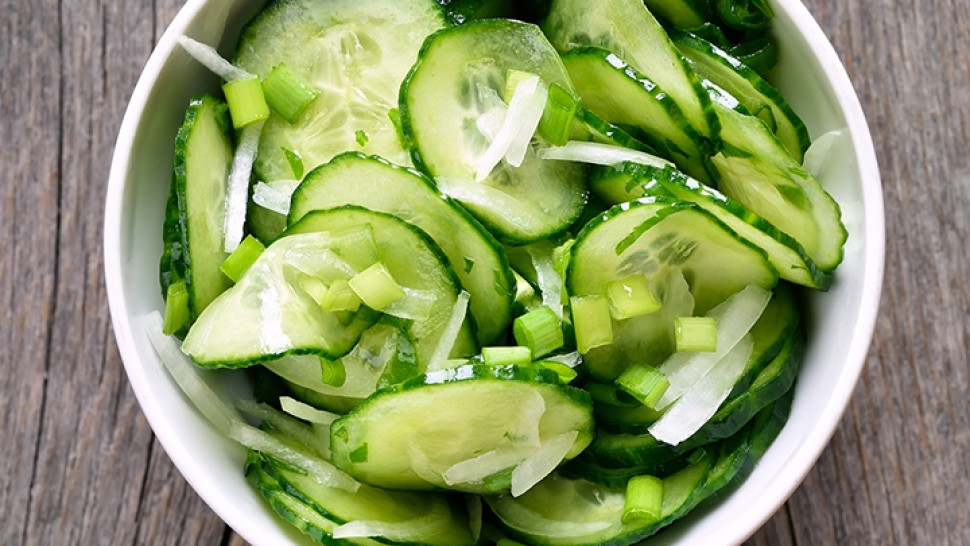 Directions:
Cut cucumber into slices. Toss with the rest of ingredients in a bowl and serve. 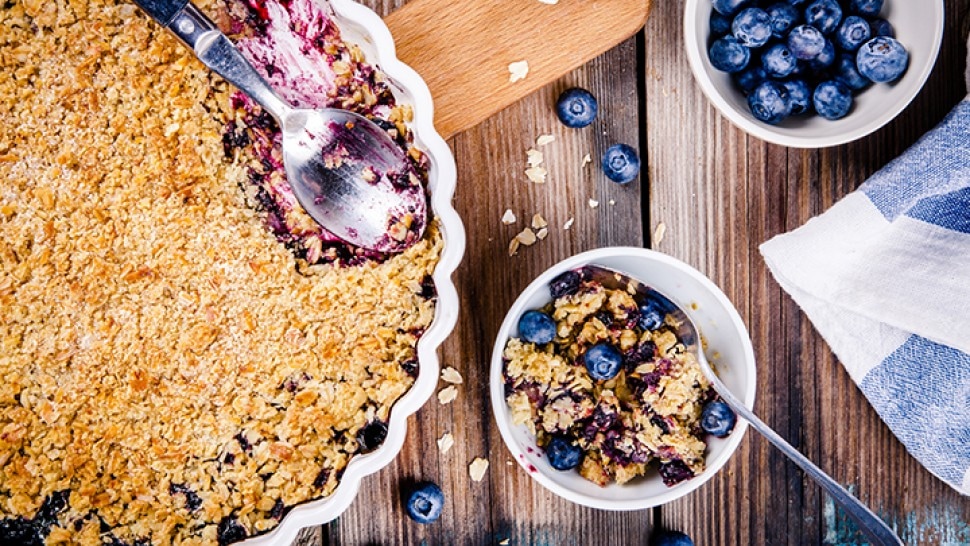 Ingredients:
2 medium ripe bananas, sliced into small pieces
1 1/2 cup blueberries
1/4 cup agave or honey
1 cup uncooked quick oats
1/4 cup chopped walnuts
1/2 tsp baking powder3/4 tsp cinnamon
pinch of salt
1 cup unsweetened almond milk
1 egg
1 tsp vanilla extractDirections:Preheat oven to 375° F.  Lightly spray an 8 x 8″ or 9 x 9″ ceramic baking dish with cooking spray.
Arrange the banana slices in a single layer on the bottom of the ceramic dish. Sprinkle half of the blueberries over the bananas, 1/4 tsp of the cinnamon, 1 tbsp of the honey and cover with foil.  Bake 15 minutes, until the bananas get soft.
In a medium bowl, combine the oats, half of the nuts, baking powder, remaining cinnamon, and salt; stir together.
In a separate bowl, whisk together the remaining honey, milk, egg, and vanilla extract.
Remove the bananas from the oven, then pour the oat mixture over the bananas and blueberries.  Pour the almond milk mixture over the oats, making sure to distribute the mixture as evenly as possible.  Sprinkle the remaining blueberries and walnuts over the the top.  Bake the oatmeal for about 30 minutes, and serve warm. 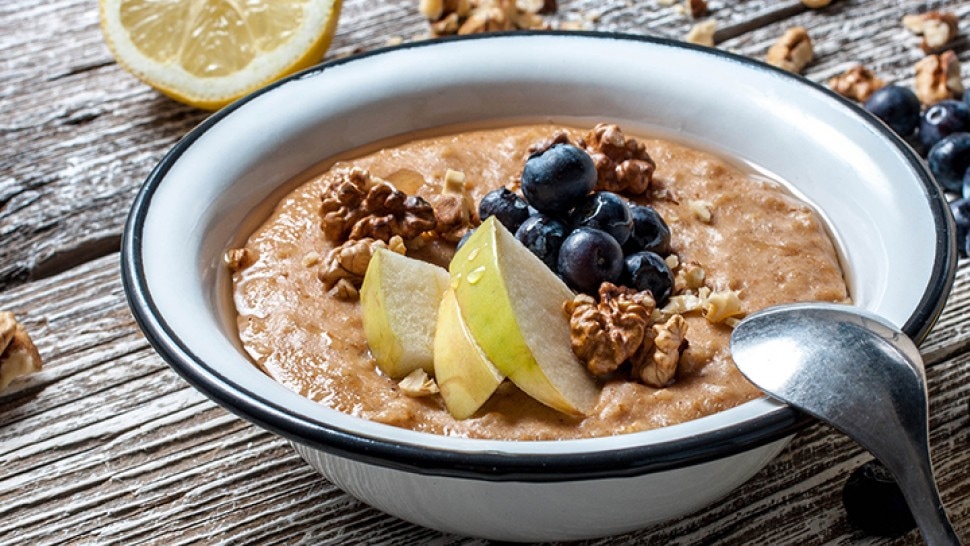 Directions:
Make sure oats are warm so everything melts properly.

Combine all ingredients in a bowl and mix until well combined. 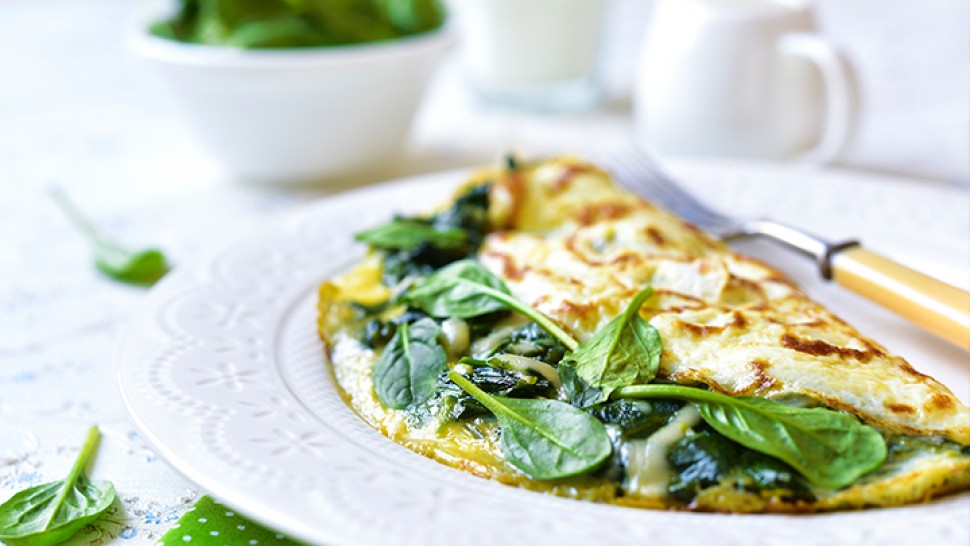 Toss in spinach and combine. 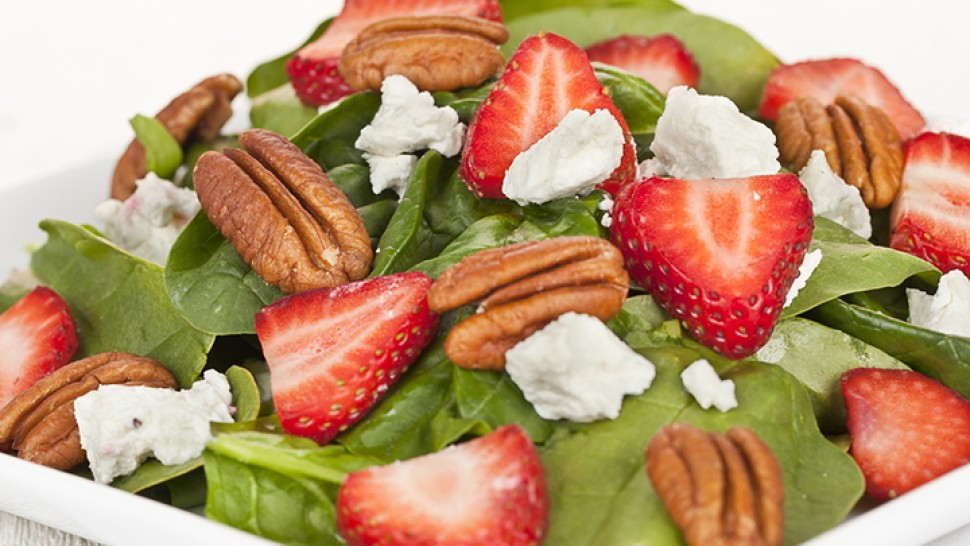 Cover and refrigerate until ready to serve.

For the Poppy Seed Dressing:
In a medium mixing bowl, mix together the apple cider vinegar, honey, and poppy seeds.

Slowly drizzle in the olive oil while continuously whisking. 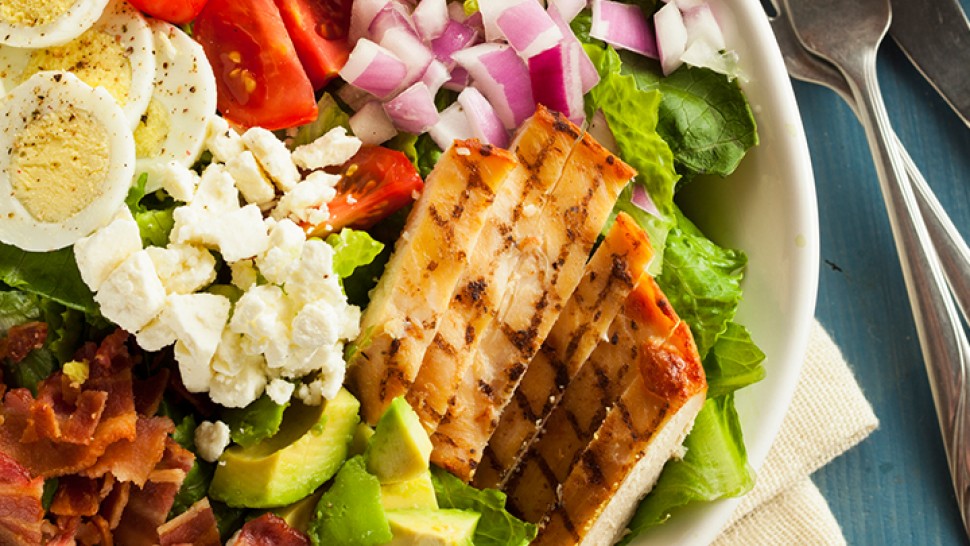 Toss with half of the dressing and season to taste with salt and pepper.

Toss chicken with one tbsp of remaining dressing and place over salad.

Top with avocado chunks and drizzle with remaining dressing.

Lightly sprinkle with paprika (if desired) for the finishing touch.

In a blender, process all ingredients until smooth.
Divide among your popsicle molds and freeze for several hours.

Divide among your popsicle molds and freeze for several hours. 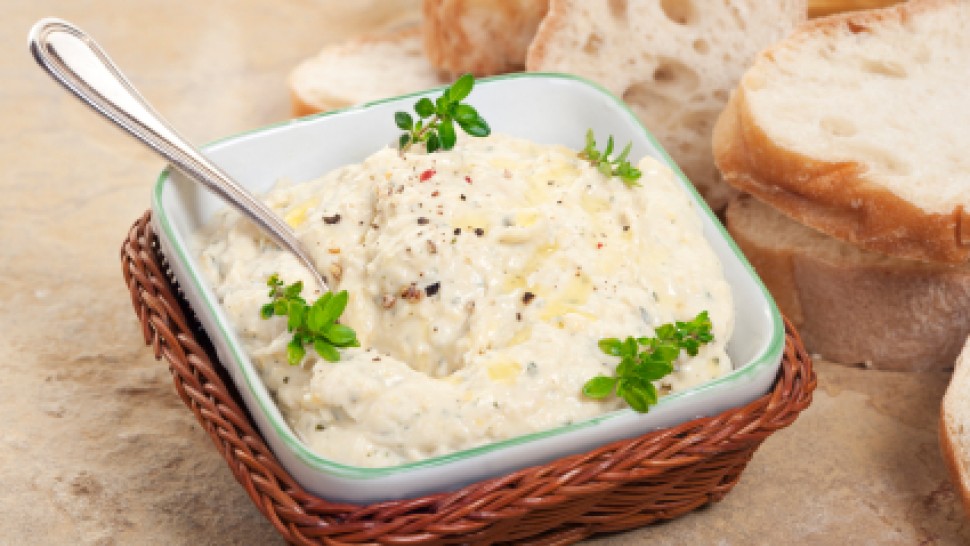 Add all ingredients in a food processor and blend until it reaches the desired consistency.

Dip cucumber slices and chopped celery in the hummus and enjoy!
White Bean Hummus and Veggies